Following is a report of the establishing Okayama University International Alumni Association (OUIAA) Indonesia Branch which held on August 21th, 2014 at University of Indonesia, Depok, Indonesia.

Actually it was difficult for members to come together to do meeting about the establishment of branch because alumni came from different area of Indonesia, and most of them are lecturers in different Indonesia universities and research centers. Finally we found way by using social media to facilitate the discussion and communication among members in a WhatsApp (WA) Groups, we call “ Okadai”. The WA group establishment was initiated by Dr Gatot Dwiyanto from Agency for the Assessment and Application of Technology (BPPT). Through this WA group, and the intense communication with Okayama international office finally the Inauguration date is decided. . On August 21th, 2014 at Meeting room of Pertamina- Center Of Excellence (COE) building, Faculty of Mathematics and Natural Sciences, University of Indonesia. Depok, Indonesia, the former Indonesian students, who have ever studied at Okayama University, organized a meeting to establish OUIAA, Indonesia Branch. We named the meeting “- Encouraging the Friendly and Academic Relationship between Indonesia and Okayama University-“

Even some members decided to come to the event, but some members finally could not attend to the meeting due to duty from office, so only few Indonesian alumni from different parts of Indonesia joined the program. The ceremony attended by delegates of Okayama University: Associate Professor Yoshihiko HIRAI of Faculty of Agriculture, Mr Masahiro YAMASAKI, Director of the Administrative Office, the Center for Global Partnerships and Education (former International Center) and Professor Emeritus, Masumi OKA, Advisor for OUIAA. From Indonesia, attended by Dean and Vice Dean of Faculty of Mathematics and Naturals sciences: Dr. rer. nat. Abdul Haris, Dr. Ridla Bakri, M.Phil, and Dr. Rokhmatullah, head of Department of biology: Dr.rer.nat Yasman, M.Sci, Prof Yokota, visiting Professor from Tokyo University, other staff members who graduated from Japan Universities, and students from Faculty of Mathematics and Natural Sciences and also from Faculty of Pharmacy, University of Indonesia.

With the Establishment of OUIAA Indonesia branch, it will make the communication among Indonesian alumni members become stronger and we hope of OUIAA, in future we hope many students from Indonesia could continue their study in Okayama or vice versa students from Okayama University could do exchange program in Indonesian universities, and also open the opportunity to increase collaboration work or research between Indonesia Institution and Okayama University

The Program ended with much promise and hope for the branch in the future! 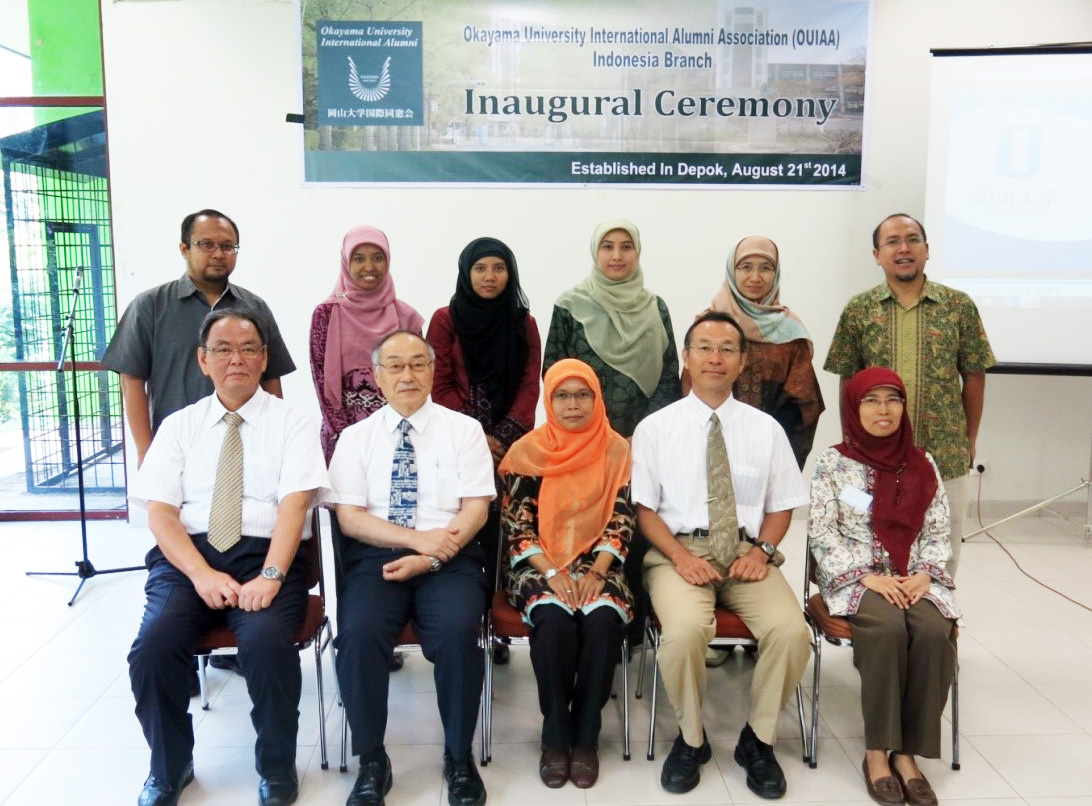 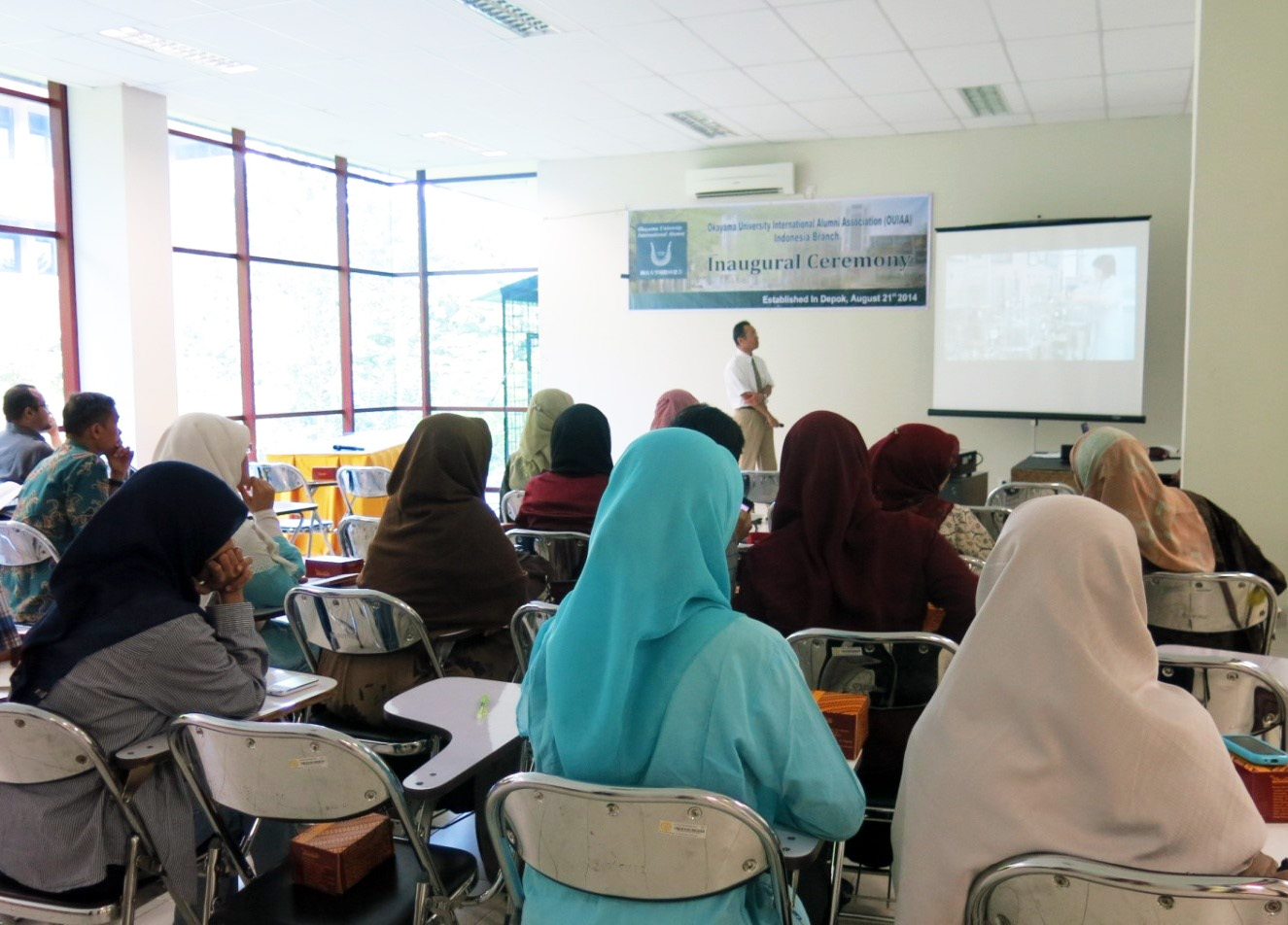